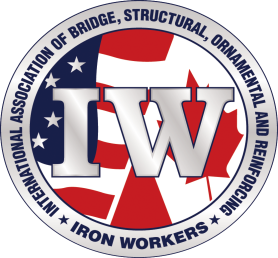 Philip Rehberg was 33 years old and passed on May 16, 2021 in Cape Canaveral, Florida to a disease of substance addiction. He is survived by his son Broc Rehberg, fiancé-Jaci Hawkins, mother-Sherry Baker, father-Bruce Rehberg, step father- Daniel Winston, sister-Katie Lyckman and her 2 sons, half sister- Lily Rehberg, grandfather-Al Baker, and grandmother-Linda Landers.

Philip was raised in Starke, Florida and later traveled Europe as a child where he lived in Germany from 1999 to 2004. He graduated from Merritt Island High School in 2006 and lettered in football and wrestling. He placed 2nd in the State Championship wrestling competition in the 145 pound weight class for Merritt Island High School. He later would excel in Mixed Martial Arts (MMA) competitions winning the 160 pound Championship in 2011.

Philip joined the Local 808 Union Hall of Iron workers as an apprentice in November 2011. He became a Journeyman in 2014 and later earned his first certification in 2012. Philip was the 1st place winner in 2013 for the Outstanding Apprentice Competition for Ironworkers within the local 808 union. He placed 2nd for the Southern States 24th Annual Apprentice of the Year Competition 2013 in Birmingham, AL.

Philip spent many years doing a job he loved. He was accepted as a brother within the iron worker community and referred to many of his coworkers as his second family. He was a skilled tower worker at the Kennedy Space Center, Daytona Speedway, and several professional football stadiums around the U.S.

Philip was loved by so many will leave behind a legacy of having a humorous spirit, a deep love for his friends and family, and having a kind and generous heart. His proudest and most prized blessing was becoming a father to his one year old son Broc Rehberg in June of 2020. In Philip’s own words about his son, “I feel like I completed something I can feel good about if I was to leave this earth.”

In Philip’s true character, he was able to save three lives with his organ donations. If you would like to become an organ donor please visit www.organonor.gov   If you know anyone in need of help with addiction, call 1-800-662-4357. There are many resources available including resources for parents of those affected by addiction. The online program called Transformative Boundaries by Barbara Decker is  highly recommended. The Ironworkers Local 808 Hall has a new Brothers in Arms program available call 1-407-859-9366 for addiction help.

To send flowers to the family or plant a tree in memory of Philip Jacob Rehberg, please visit our floral store.