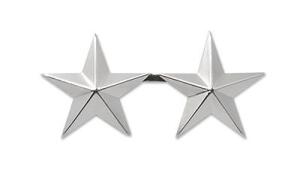 Major General Edward M. Browne, US Army Retired, and later Martin Marietta Corp. Executive, died at his home on Wednesday, April 28, 2021 at the age of 90 in Viera, Fl.

He entered the US Army as a draftee on December 6, 1950 during the Korean War shortly after he was married to Mary Lynne Howell on November 11, 1950.  He earned a commission and rose through the ranks retiring in1983 with rank of Major General.  General Browne received his Army Aviator Wings in 1954 and flew actively until his retirement.

Entering the army as a High School graduate, he took night courses at colleges near his duty stations for 16 years, earning college credits enabling his obtaining six months leave of absence from duty to attend college and earn a Bachelor Degree in Business Administration.  Subsequently, General Browne earned three Master of Science Degrees, two of which were from Florida Institute of Technology.  He also attended the US Air Force War College, Maxwell AFB, AL and was honored as a Distinguished Graduate.

Particularly adept at Aviation Weapons Systems Development, he was selected early for army Aviation Project-Program Manager assignments. Over a twenty-year period, he served as PM for five Army Aircraft developments, successfully bringing four through engineering development and into the Army Aviation inventory.  He was twice honored as the Army Program manager of the Year. For the last seven years of his career, he was the Program Manager for the Army’s Advanced Attack Helicopter Program, he later named The Apache.  He is credited with bringing The Apache through a particularly difficult technological development and into production.  The Apache led the opening attack to liberate Kuwait from Iraq’s takeover, achieving the first “kills” in Operation Desert Storm.

Serving in command and staff positions in the U.S., Germany, Korea and Vietnam theatres, General Browne had an illustrious thirty-three military career.  Qualified in many fixed wing and helicopter aircraft, he logged over 5,000 hours of which 830 were combat flight hours in Vietnam.

After retiring from the Army, General Browne Joined martin Marietta Corporation.  During his twelve years with Martin Marietta, he served as President of three companies and as a Group VP before retiring in June, 1994.  He and Mary Lynne moved from Denver, CO to Indian Harbor Beach, Fl and later to Viera, Florida residing in Indian River Colony Club.

General Browne will be interred next to his wife, Mary Lynne in Arlington National Cemetery, Arlington, Va.

Donations may be made to St. Jude Children’s Hospital, The American cancer Society, and the Disabled Vets of Brevard County.

To send flowers to the family or plant a tree in memory of Major General Edward M. Browne USA Ret, please visit our floral store.

Video is available for this event