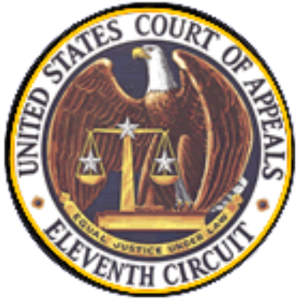 Judge Peter Thorp (“Pete”) Fay went home to Jesus on January 31, 2021, at the age of 92.  Judge Fay was by all accounts an all-around good, gracious and generous human being, who dedicated his remarkable life and his boundless energy to the joy of his life, family; the foundation of his life, faith; the inspiration of his life, country; and the calling of his life, the law.  His extraordinary and selfless contributions to making our world a better place will long be remembered by those fortunate to have known Pete.    Born January 18, 1929 in Rochester, New York, to Lester and Jane Fay, young Pete grew up in Ft Lauderdale where he was an extraordinary student and multi-sport athlete.  After twice winning the state basketball championship, Pete received numerous scholarship offers, including those from the University of Florida and Cornell.  Opting to stay closer to home, Pete attended Rollins College on a football scholarship where he was academically at the top of his class.  His leadership ability was recognized by his induction into Rollins’ top two leadership societies and selection as the captain of the College All State Basketball Team.  Pete lettered in football, basketball, crew and water skiing, earning him a place in Rollins’ Sports Hall of Fame.  During his summers, Pete worked as a professional water-skier in the ski shows at Cypress Gardens, developing into a world-class water skier.  Throughout his life, Judge Fay took great pleasure in teaching hundreds of young children how to water ski, including President Nixon’s two daughters.  After graduating from Rollins in 1951, Pete joined the United States Air Force as a second lieutenant.  While stationed in the Azores, which had no legal officer, Lt. Fay was drafted by his commanding officer, who presciently recognized his subordinate’s innate advocacy skills, to represent other airmen in their courts martial.  Not surprising, Lt. Fay was a natural and very successful “lawyer”.  Bitten by the “law bug”, and realizing that he might actually be really good at it if he had some legal training, Lt. Fay telephonically applied to the University of Florida School of Law just one week before classes were to begin.  His audacious request was initially rejected.   Undeterred and using his developing advocacy skills, he persuaded the dean to admit him.  A wise decision by the UF Law School, as Pete was Editor-in–Chief of its prestigious Law Review and graduated number one in his class in 1956, and has since been one of its most prominent and supportive alumni.  Pete embarked on his incomparable legal career as a trial lawyer in Miami, with legendary trial lawyer, William Snow Frates, who became young Pete’s mentor and life-long friend.  During his 14 years as an exceptionally successful trial lawyer, Pete was universally recognized by his peers as one of the very best trial lawyers in Florida, not only for his advocacy skills, but also his unparalleled professionalism and civility.  As a trial lawyer Pete embodied the notion that people can disagree without being disagreeable.  Pete possessed a razor sharp intellect but never flouted it.  Rather, in his familiar, understated manner, he always made you seem more important.  And with his optimistic and cheerful disposition, Pete had a unique ability to make you feel good.  In 1970, he answered the President’s call to serve his country as a United States District Judge.  During that time, Judge Fay, known for his wisdom, preparation and judicial temperament was, as some preeminent trial lawyers have observed, “a trial lawyer’s ideal trial judge,” as confirmed by South Florida’s trial bar which rated Judge Fay “the best qualified judge” in the Dade County Bar poll.  Destined for even greater service, in just six years, Judge Fay was commissioned as a circuit judge in the Fifth Circuit Court of Appeals (later to become the Eleventh Circuit Court of Appeals), where his renowned common sense and practical intellect were legendary.  As a result, Judge Fay was often on the short list of potential candidates for the United States Supreme Court.  In 1994, at age 65, Judge Fay took senior status, while still carrying a full caseload.  Lawyers who have appeared before Judge Fay and his judicial colleagues, have, on various occasions, praised him as “standing for the finest principles of our profession, including integrity, courage, dedication and kindness,” “South Florida’s gold standard of judicial excellence…exhibiting brilliance and elegance,” “the epitome of what judges ought to be…exemplifying fairness, brilliance and demeanor, while doing justice to all who came before him,”  “he is dedicated to the principle of duty and service to the public.”  “His grace, legendary good humor, and collegiality made him a friend to all the judges he served with”. “He’s the type of person you aspire to being like and you want your children to look up to,”  “always collegial, but always independent.”

Recognizing his meaningful contributions to our community, and the legal profession in particular, in 2008, the Eleventh Judicial Circuit Historical Society designated Judge Fay a “Legal Legend”.

A natural teacher and counselor, Judge Fay has been an unequaled mentor and role model to literally thousands of young lawyers and law students, devoting endless hours to formal and informal lectures and discussions in his relentless dedication to promoting the highest aspirational goals of the legal profession.  His mantra was simple and straightforward, “Play by the rules.”  His dedication to educating others was reflected by his membership on the boards of trustees of Rollins College, the University of Florida School of Law, University of Miami School of Law, and St. Thomas School of Law.

It is well known that Judge Fay never sought the limelight or awards and accolades.   In fact, Judge Fay has been described publicly by a friend and colleague who has known him well for over fifty-five years as, “the most accomplished, yet sincerely humble person, not to mention judge, I and countless others have had the privilege of having as a role model.”  Nevertheless, it was inevitable that others have not let Judge Fay’s remarkable and selfless contributions go unrecognized.  Those recognitions include, among others: the Peter T. Fay American Inn of Court, the Chief Justice Earl Warren Lifetime Achievement Award, designated Outstanding Federal Appellate Judge by the Association of Trial Lawyers of America, the Florida Bar’s William M. Hoeveler Judicial Professional Award, the Eleventh Circuit’s American Inns of Court Professionalism Award, the Florida Bar Foundation’s Medal of Honor, the University of Florida Law School’s Peter T. Fay Jurist-in-Residence Program, the University of Miami Law School Award for Ethics, Leadership and Public Service, the National Conference for Christians and Jews Silver Medallion, the Perry Nichols Award for Professionalism, Integrity, Drive and Sensitivity, honorary law degrees from St Thomas University, Nova Southeastern University and Rollins College, National Advocacy Center faculty, designation as a Knight of the Order of  St. Gregory by Pope John Paul II, the Lex Christi, Lex Amoris award from the Miami Catholic Lawyers Guild.

Yet, Judge Fay was much more than his professional career.  On October 2, 1958, Pete Fay, on the most important day in his life, married his wife and life-long soul mate, Claudia Patricia (“Pat”).  During their 62 year marriage, they were an inseparable team, blessed with each other and their three children, Michael (Paula), William, and Darcy Williams (Kelly), seven grandchildren and one great-grandchild.  When not in his judicial role, Judge Fay, ever the athlete, enjoyed informal backyard football and basketball games with his and his neighbors’ children, tennis and golf (a scratch player).  He and his family enjoyed spending the summer in their North Carolina second home, where Pete enjoyed his golf, croquet matches with Pat and friends, and endless hours in his boat on Lake Glenville (including, of course, teaching the local children how to water ski).  Pete was a member of the Orange Bowl Committee, numerous service organizations and was the last surviving original partner of the Miami Dolphins football team.

All in all, he lived a marvelous life.   (see “A Marvelous Life:  The Story of Peter T. Fay:@ http://sites.google.com/site/circuit11history).  And all of those who were a part of that marvelous life are truly blessed.  Judge Peter Thorp (“Pete”) Fay was simply the best.  He now rests in peace.

Due to COVID-19 the Funeral arrangements are being completed and livestreaming will be available through St. John the Evangelist Catholic Church Melbourne, Florida. The link for livestreaming is https://youtu.be/UvG1-mbN3GE

To send flowers to the family or plant a tree in memory of Judge Peter Thorp ("Pete") Fay, please visit our floral store.