Share a memory
Obituary & Services
Tribute Wall
Read more about the life story of Donald and share your memory.

It is with a heavy heart that the family of Donald G. Guest announce his departure from this world to his everlasting life in the Lord’s Kingdom on January 18, 2023. Donald was a dedicated, selfless and humble family man who cared for his late wife during her 16-year illness, and who predeceased him in May 2008, shortly after their 50th Anniversary. He leaves behind his four children, Susan Prickett, Paul Guest (Stefanie), Meg Chmielenski (Tom), and David Guest. His eldest daughter, Nancy, predeceased him in 1959. He honorably served four years in the Army during the mid-to-late 1950’s as a radio operator in the Korean War. He devoted his career to the United States Postal Service as a letter carrier, retiring in April 1993. He also leaves behind several grandchildren, great-grandchildren, nieces and nephews. He is also predeceased by his parents, five brothers and a sister. There will be an open house to celebrate Donald’s life on Tuesday, January 24, between the hours of 2pm-4pm at Suzy's house. Please contact the funeral home for more the address at 321-635-1973. In lieu of flowers, donations can be made to VITAS Hospice, 5425 US-1, Rockledge, FL 32955

To send flowers to the family or plant a tree in memory of Donald Guest, please visit our floral store. 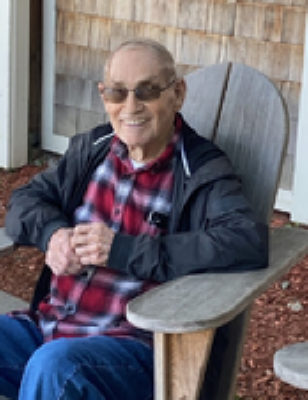 Look inside to read what others
have shared
Family and friends are coming together online to create a special keepsake. Every memory left on the online obituary will be automatically included in the book.

Look inside to read what others have shared

Family and friends are coming together online to create a special keepsake. Every memory left on the online obituary will be automatically included in the book.

You can still show your support by sending flowers directly to the family, or by planting a memorial tree in the memory of Donald Guest
SHARE OBITUARY
© 2023 Beckman-Williamson Funeral Homes & Crem. All Rights Reserved. Funeral Home website by CFS & TA | Terms of Use | Privacy Policy | Accessibility