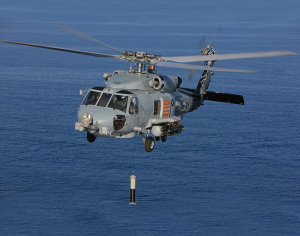 Captain Joseph M. Purtell USN Ret. passed away Monday, May 3, 2021.  He was the son of the late Joseph A. and Marie R. Purtell of Jamaica Walk, Breezy Point.  Joe was a summer resident of “The Point” from the 1940’s to 2018.  He was also preceded in passing by his wives, Julie (Henderson), Liz (Williams), daughter Deanna Gaston, sons Joseph Jr., Kevin, sister Marie Haug and sister Margaret of Maryknoll Sisters.

Joe graduated from Regis H.S. in NYC, College of the Holy Cross, Worcester, MA and with a MS from the US Naval Postgraduate School Monterey, CA.  He served as an Aviator in the US Navy for thirty years in Antarctica, Vietnam and many years of carrier based anti-submarine missions in the north Atlantic, Mediterranean, and Pacific areas.  He commanded two squadrons and NAS Jacksonville.  He also served as Head of the Rotary Wing (Design) Branch and was instrumental in bringing the SEAHAWK helicopter and LAMPS MK III Weapons System to the Fleet.  After the Navy, he represented the Sikorsky Aircraft corporation as Director, International Business.

In retirement, he and Liz were “Snow Birds” living at IRCC in Viera, Fl. But spending the summers in Breezy point.

To send flowers to the family or plant a tree in memory of Captain Joe M Purtell USN Ret, please visit our floral store.

Video is available for this event