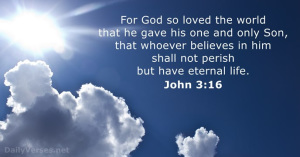 Leonard Alfred Sapp Jr., 77, of Viera, Florida went to be with the Lord on December 27, 2018. He was surrounded with love by his wife of 57 years, Jacqueline Julia Estel Sapp and his daughters: Tracey Murphy, Tricia Wolfman, and Teresa Watts. He will be deeply missed by all of those who loved him; including his two sisters: Mary Lee Gessler and Donna Fryer, his 9 grandchildren, 1 great grandchild, and 4 legged child Bella. His passions included his family, his dogs, the space program, tinkering, snow skiing, hang gliding, and watching the Miami Hurricanes play football. He was an engineer at the Space Center during the Apollo program where he helped send men to the moon and once again during the Space Shuttle program where he saved the Discovery Shuttle from disaster. He received numerous awards and recognition for his exemplary service to the space industry. Other career highlights are comprised of 30 years of service with Xerox Corporation where he was again frequently recognized for his leadership and excellence. Lenny was an adventurer at heart who never backed down from a challenge including fighting 3 different types of cancer for over 25 years. He was a very brave man who was affectionately known as the best little girl’s daddy ever! His best friend and beloved wife, Jackie will cherish the many years of unforgettable memories they shared together. The family feels blessed knowing that their loved one is no longer suffering and is at peace with God in heaven; undoubtedly into mischief with his loving, younger brother Terry!

A Dream Fulfilled It is the summer of 1956. The place is Bright Park, Hialeah, Florida. The sun is setting as the 14-year-old pitcher steps up to the mound and starts his wind-up. He stops suddenly, as he notices several people in the stands are staring at the sky. There is an eerie feeling within the crowd. The young pitcher turns and looks over his shoulder at the eastern Sky. There he sees what everyone is gazing at. A very bright object, that looks like a star is moving across the sky. The object glitters like a diamond in the afternoon sunlight. This was definitely a “UFO”, he thought; as he watched it gradually disappear from sight. It was easy for Leonard, the pitcher, to believe that this object was not of our world. After all, it was just last week that he had seen the science fiction movie “Destination Moon”. The next day the newspapers reported that thousands all along the East Coast of Florida had seen this mysterious object. The Air Force explained it was a Rocket launched from Cape Canaveral. Leonard was fascinated with the thought of someday working on the launch team for such a grand adventure. He was aware of Dr. Werner Von Braun’s work on the German V2 rocket. He had read one of Von Braun’s books. He dreamed of someday meeting Dr. Von Braun and working with his team to launch the first Rocket to the Moon. Most of the summer was spent playing baseball with the Kenny boys that lived near by. Mr. Kenny was a very interesting man, with a strong interest in science fiction. He would often tell stories of what it was going to be like when men first traveled to the Moon. He believed that men would walk to moon within the next ten years. This was in 1956, when there was almost no talk of a moon mission. Mr. Kenny was only off by three years. Those stories seemed so real, that Leonard would frequently dream of working on the first Rocket to the Moon. Little did he know that one-day he would fulfill that dream.

To send flowers to the family or plant a tree in memory of Leonard Alfred Sapp Jr., please visit our floral store.