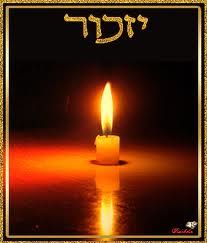 Jesse Zoffer, 81, originally from Brooklyn, New York and Melbourne, Florida passed away in the comfort of his home on October 5, 2018.

Jesse is survived by his wife of 52 years, Sharon, daughter Sheryl Kromash (Keith) and son David (Lorri). He is also survived by his grandchildren who were the lights of his life, Jayson, Peyton, Natalie and Jacob and grand-doggers, Sage and Tucker.

Jesse retired from over 30 years of teaching before moving to Florida in 1999 with Sharon. There, he enjoyed gardening, taking care of the home and spending time with his family.

Jesse was an avid New York Giants fan. He subscribed to satellite TV so he and Sharon could watch the Giants play each week. Even though they were terrible, he never cancelled his subscription. He had been a Brooklyn Dodgers fan until they relocated. That’s a story for another time.

The family would like to thank the countless doctors and nurses who cared so passionately about Jesse during his illness. They are amazing people; their care and guidance were invaluable. Thanks also to each and every person who reached out during this difficult time. The entire family is filled with gratitude and Jesse was incredibly grateful for the overwhelming support.

A celebration of life will be held at Temple Israel in Viera on October 10th at 4:00 pm. Casual attire is requested and football jerseys are welcome to be worn. Jesse wouldn’t have wanted people dressed like they were going to a funeral.

In lieu of flowers, the family asks that you consider a donation to St. Jude in Jesse’s memory.

To send flowers to the family or plant a tree in memory of Jesse Harold Zoffer Jr, please visit our floral store.